California's 4th district Congressman Tom McClintock talks with a handful of protesters/constituents who waited for him to exit a Contractors Association of Truckee Tahoe (CATT) at the Truckee Tahoe Airport in Truckee, California, on Tuesday, August 22, 2017. McClintock spent several minutes after his CATT meeting answering questions and engaging in conversation with several of the remaining protesters.

Approximately 50-60 protesters had been in attendance before the meeting waiting to speak with the congressman. According to several local-area residents on site, they have requested a town hall meeting with McClintock for approximately two years without luck. Protester Paco Lindsay said that their protest was "in no way a reflection at all on CATT." 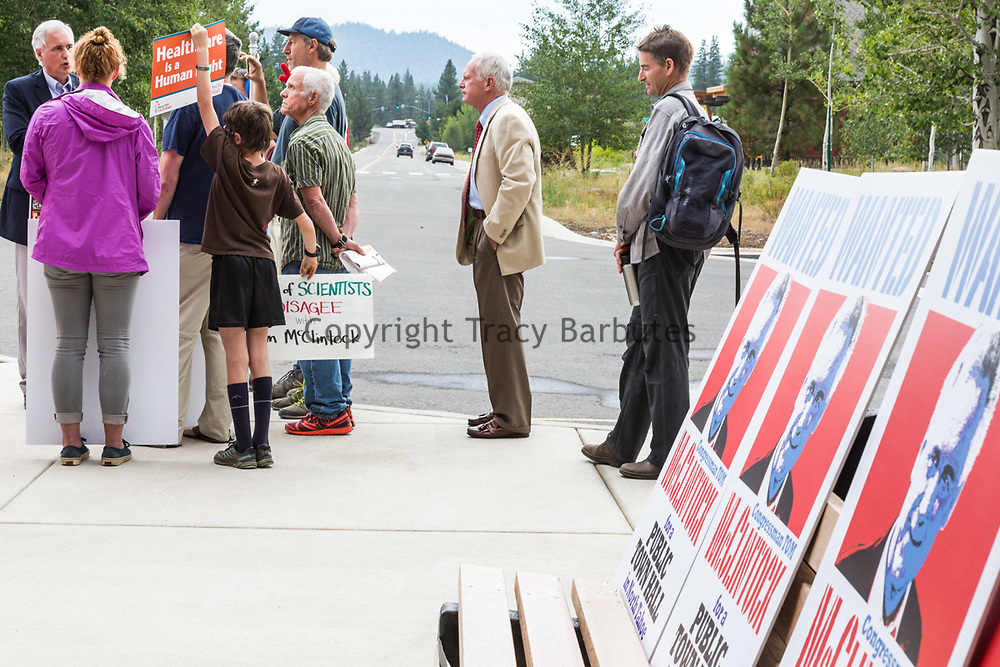