September 4, 2014
Cal Fire firefighters watch as a helicopter gets water out of Don Pedro Reservoir in an effort to contain the Jackson Fire near Moccasin Point in Tuolumne County, California. The fire was believed to have started at approximately 11:30 am on Thursday, September 4, 2014. The cause of the fire is unknown. By 4:00 pm, the fire had grown to approximately 100 acres, and though structures were threatened, none were believed to have been lost. Moccasin Point is located at Don Pedro Reservoir, east of Modesto, near the Sierra Foothill communities of Sonora and Groveland. 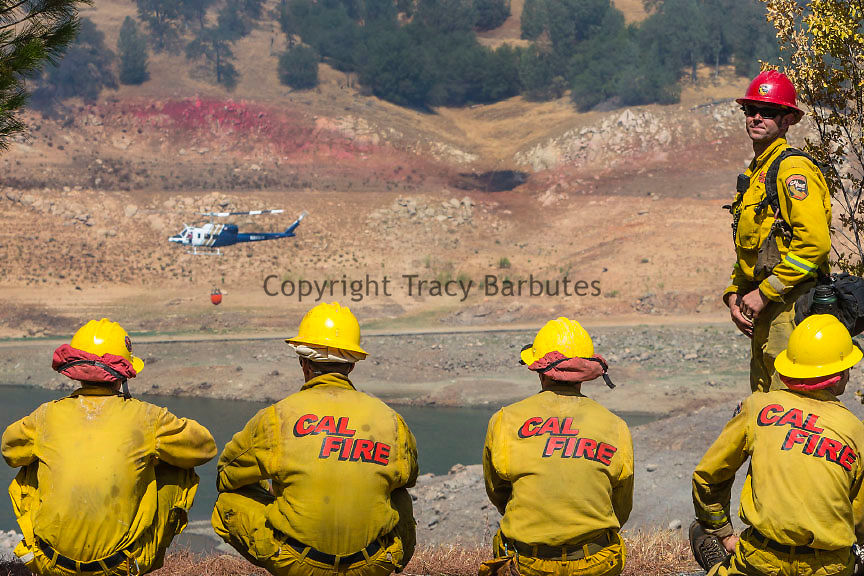